“As we took those couple of steps back, we decided that we needed to focus on systems and processes to grow the right way. The main goal is that we’re providing the best customer service and the best quality property management. The way you do that is build a repeatable process and make sure that you’re doing it the same way every single time, and then build a system to track that.” 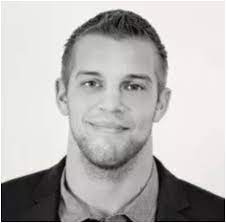 Landmark Property Management is based in Chicago and currently manages 350 units, with a focus on single family and smaller residential properties.

Most property managers would relate to the first part of Jason’s start-up story. He started off managing his own rental properties and properties for family and friends.

But then one day he got a call out of the blue and was soon taking on a client with 236 units.

“So, my first client happened to be 236 units, so I had to scale pretty much immediately....I was pretty much forced right off the bat to hire and scale and delegate some of the [tasks].”

A year later, the team took a couple steps back to re-evaluate when they chose to part ways with that first large client.

“As we took those couple of steps back, we decided that we needed to focus on systems and processes to grow the right way. The main goal is that we’re providing the best customer service and the best quality property management. The way you do that is build a repeatable process and make sure that you’re doing it the same way every single time, and then build a system to track that.”

“I think anybody who knows property management knows that we wear a lot of hats [and] knows that we’re doing a million different things at once. How do you organize everything that we need to do?”

Training new employees and handing down knowledge and expertise were also high on the list for the team as well:

“I think most solo-preneurs, when they’re new, they are doing everything themselves and everything’s kind of in their head, because they’re the ones with the experience and the expertise. How do you get that on paper and how do you train people? So that was one of the issues that we needed to solve.”

When asked what brought them to LeadSimple, Jason answered:

“I don’t know if there was one certain thing; we just realized that, ‘Hey, we need something; we need a solution’, and Process Street wasn’t it. So we just started asking around. We were asking anybody and everybody, and I think we were already working with you guys on the sales side for the CRM, and it just so happened you guys were rolling this out at the time so it worked out really well.”

Getting the team on board with tracking their processes in LeadSimple was relatively easy once the value was shown to the team.

“Anybody who’s in property management knows that you’re doing a million things. So to bring all of those things in and get them into one central location and be able to track them, it takes so much stress off that individual. Once you train them how to do it and, of course, hold them accountable and make sure that they are doing it, once they get the hang of it, it almost implements itself.”

Natasha, the operations manager at Landmark, highlighted some of the benefits they’ve experienced from having their move in process in LeadSimple.

“Before, we were working out of memory, so it was hard to track the actual dates the tenant was moving in. It was hard to track if they, if it was an HOA, if they had any particular fees. So this process as a whole has taken away the stress of having to hold all of this information in your head. So that is one of the main reasons why I like it. Plus, the move in is your first impression, because as much as the owners are our clients, so are the tenants. This is the first impression you have with the client and having a smooth transition, supporting them and getting them moved in, I think that’s super important; so that’s why this is one of my favorite processes.”

When asked whether LeadSimple has made her daily life easier, Natasha answered:

“Yes! It has. I am a known over-thinker, so I stress a lot about having tons of tasks in my mind and not feeling like I have them under control and that I’m not on track. So the fact that now we have LeadSimple helps me not have to worry as much because I know the system is keeping track for me.”

LeadSimple has helped with training and onboarding new team members as well.

“And it has helped with onboarding and the training, because we have added tasks that have embedded videos that show how to do certain steps, like actually adding people to appfolio, so I’ve been able to record a quick loom video and attach it to a specific task and that minimizes the training time and the time that I have to spend with them.”

Jason gave this advice for other property management companies looking to grow and scale.

“I would say, number one, you need [processes]. Number two, you need to get them on paper. Then, as quickly as you can, you need to get them from paper into some kind of process management software like LeadSimple, where it can help you automate and replicate the processes so that you’re doing the same thing over and over again."~ Jason Marcordes

When asked whether he would do implement processes in LeadSimple again, Jason answered:

“Yeah, absolutely, we would do it again. In fact, we need to talk to you because we need to do it again. We built out the first half of the process and then pumped the brakes because it was our busy season. Now that we’re slowing down again we want to finalize that and do the second half.”

Jason’s thoughts on future improvements that could be added to LeadSimple were:

“You guys are really good at innovating and always pushing the envelope and updating, so I don’t have anything specific [that I want to see in LeadSimple]; I just want to see you guys continue that and I’m excited to see what the next couple years brings.”

Want to see how LeadSimple could help you provide the best quality service and property management? Schedule a discovery call today!