Supporting a team by taking out the guesswork

“I think it’s really awesome because you can see what's going on with everybody at any given time … I think the value that you guys give is that it makes it more simple, more streamlined, and helps us all to stay on task. … It’s simplified and right in your face: this is what needs to be done. It doesn’t have to be complicated. I won’t forget anything because it’s just there.” 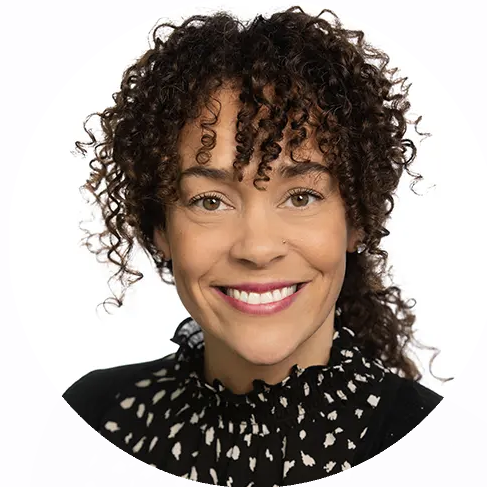 Amber Bryant, previously the operations manager, is currently the HR director at Keyrenter Denver Property Management, which manages around 1000 doors in the Denver area.

With such a large clientele, the team has needed to make quite a few big changes over the last two years; from reorganizing their team structure, to creating a new onboarding process, to implementing processes and systems in LeadSimple.

“There were three major teams and all three of those teams did things completely differently. There was no streamlining of even how processes were done within a department, so thinking about our big goals as a company which is to get to 5000 doors - we can’t do that without things being scalable.”

“The streamlining of it all, being able to go to scale, so that it’s not just living in Elena’s head or Alina’s head, these superstars that we have on the team and just handle things. That’s awesome, but we also need to let other people know how to do those things.”

As the operations manager, Amber has great insight on the day-to-day value LeadSimple brings to the team.

“I think it’s really awesome because you can see what's going on with everybody at any given time, at least as a manager. … I think the value that you guys give is that it makes it more simple, more streamlined obviously, and helps us all to stay on task, which is the biggest part of this, right, staying on task. … It’s simplified and right in your face, this is what needs to be done. It doesn’t have to be complicated, I won’t forget anything because it’s just there.”

“For me, it puts everything in one place. It makes sure you’re not missing anything. You have the automation where you need it so you’re not doing extra work when you don’t have to. For me, I’m somebody that loves to [focus on lots of things], so in my mind, LeadSimple is that, to be able to stay on task and complete things without getting off track.”

“And property management isn’t always simple; it can be quite frustrating. So to have at least a process that is simple, that is easy to follow, easy to see what’s going on, at least it takes the guesswork out of everything.”

She also explained how she helped the team buy into the new system.

“I would say that really giving them the ‘why’ behind it, letting them really understand what the purpose is as far as streamlining and making our jobs actually easier and being able to pass things off and things not getting lost. I think when you really break it down to them on a person-to-person level and let them understand some action items to take, I think that was really successful for me.”

Now, as the HR director, Amber also spoke about the importance of creating a great company culture and her recent efforts to create it in the Keyrenter Denver team.

“I think clarity. That’s my mission right now - making sure they are getting as much clear information as possible. That they have clear processes to handle their jobs and that they understand who and what they need to do; that they have the support within their team or even for upper leadership.”

Amber also had advice for other property management companies looking to streamline their systems and get started with LeadSimple.

“It’s the openness I think, just really being open and accepting to potential change, and just that there could be another way. And if you’re willing, we’ve seen that it really does make a difference in the simplicity of life. So if you are a company that’s coming in for that kind of help, trust the professionals; obviously your input matters and [LeadSimple] takes that into consideration, so being really team players with [LeadSimple] and diving all in.”

Amber’s final thoughts in the interview were:

“I would say for me personally, your company culture is really, really inspiring to me. I’ve really enjoyed working with every single one of you; you guys have all been very, very helpful, very informative, and very willing to help too. It’s just, you guys feel like family to us, and we’re not in the same business, we are but we’re not.”

Thinking about streamlining your processes and gaining clarity in your business? Schedule a discovery call today!