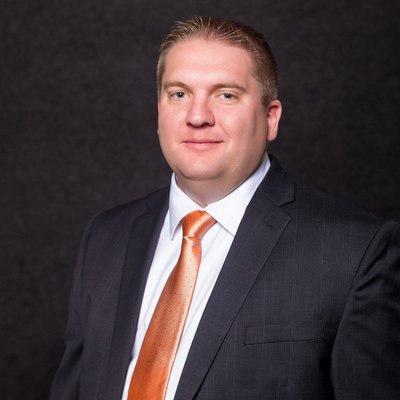 “My name’s Wolfgang Croskey. I like to call myself the automation ninja for the property management industry.”

Wolfgang Croskey deeply enjoys the process of streamlining and automating processes. But that’s not the only reason he has focused on automating the repetitive tasks in his company.

In order to do this, Wolfgang had to step out of most of the day to day in order to allow his employees and clients to build relationships that didn’t rely on him, which is crucial in being able to scale.

“But I think a lot of us, we want to own a part of our business and I think that it’s important that you do what you love, but at the end of the day, if you have to be involved in all the day to day operations or you’re still getting tons of calls, you own a job.”

Wolfgang’s journey from paper checklists to LeadSimple took him to Asana, Podio, and Process Street.

“[In Podio], you literally had to engineer everything, even the backend with some coding if you wanted some automation and stuff. So I learned and I was building stuff. But then I was like, “Well now I own a job and an IT department”, because anytime something broke…I was the IT department [to fix it].”

In the middle of working with all those different softwares, Wolfgang heard about LeadSimple.

“I was at a training … and it came out that LeadSimple was going to release this process component. That caught my attention because one thing I’ve noticed about LeadSimple was that they actually listen to property managers … Then I saw what LeadSimple’s processes could do and I realized I no longer had to be the IT department and spend so much time fixing bugs and all that stuff, so I literally one day was like, ‘We’re done with Podio … we’re in LeadSimple.’”

“LeadSimple does that; you can use every field in Zapier. With some integrations, yeah, you can use four fields or do some things, but the rest you can’t. With LeadSimple, literally, everything is accessible, so that’s powerful.”

The simplicity of the user interface was another important piece for them.

“The other one is that the UI is very simple and very clean. I like that. It’s easier to train as far as the employees on our team. It is easy for them and they like it. They saw it and said, ‘This is easier than Podio.’ Because Podio, when they look at it, it can get complicated. Lots of clicks to get around.”

“For me, honestly, the piece that really sold it was: I saw features that were talked about at that conference, and they were implemented and it was maybe a 3-4 month period. So I saw how well, and I’m not getting paid for this, how well the company listens to our industry and wants to create something specific for our industry and listens to feedback and implements it.”

Also, the ability to pull data from Appfolio’s reports and keep it up to date in LeadSimple is a huge time-saver for Wolfgang. Previously, he was doing this himself with Zapier and it was a lot of work to maintain.

“[The fact that] a small company on main street America can pull off magic, literal digital magic, is unbelievable. And LeadSimple makes that accessible to the small guy as part of the fee and not extra - it’s not another add-on or requires extra programming, it’s part of the monthly fee.”

Wolfgang also had a great perspective on team training and buy-in with new softwares and company changes.

“If you have a team member that doesn’t want to “play by the rules” or use the new technology or automation, that’s a symptom that you did a poor job of teaching them why this is so awesome or a poor job of empowering them. When you just force something on somebody and don’t tell them the Why, you’re going to have some resentment.”

“I would much rather have our people spending time building and strengthening relationships with clients than stuffing envelopes. Use their time, their talents, to help strengthen those relationships because that’s what’s going to bring the referrals and repeat business, not how well they stuff an envelope.”

When asked how to go about beginning to work on building internal systems and processes, Wolfgang answered:

“A property manager just has tornados going on all day long. So if you’re caught in dealing with tornadoes all day, you’re not going to be able to build systems, even if it’s all in your head…So I believe in starting with some of the small, simple processes…such as lease violations, notice of unpaid rent, etc.”

“I really think that as a business owner, you need to have an understanding of your processes, how they were built, how they work, and how to monitor them to make sure that things are going well.”

“Get those small wins, because not only are you learning automation, you’re learning how to build those processes in the day to day, so make it simple! Start with a small process and move from there, would be my advice on documenting your processes and getting them digitized. Start small, or start slow, so that you can go fast.”

Want to learn more about consulting with Wolfgang? Reach out to him directly at wolf@croskeyrealestate.com!

Want to learn what it takes to get started with LeadSimple? Schedule a discovery call today and let’s discuss the best starting point for you.